This Korean art has its origins in the martial traditions of the Korean peninsula during the Kokuryo Dynasty (AD 37-668). It was during the Silla Dynasty (AD 668-935), however, that an elite caste of highly skilled warriors emerged. From the south-eastern kingdom, these warriors soon conquered the neighboring kingdom of Baekje. The conquerors were known as Hwa rang which means “the flower of youth”.

These warriors were skilled equestrians, archers and swordsmen. They also showed great skill in unarmed combat. The close proximity of Korea to China lead to the constant influx of Chinese combat techniques, which were adopted by the Koreans in a characteristic way.

It was during the Kokuryo Dynasty (AD 935-1392) that a systematic development of the various aspects of Korean Military art occurred. The new martial system was called soo bakh do, and was taught to the military. The new art incorporated weapons, such as the sword, spear, bow and knife as well as unarmed close-quarters combat and grappling. Regular tournaments were held and the victors were promoted to positions of military importance. The art was extended and refined during the Joseon Dynasty (AD 1392-1910).

The Japanese invasion of Korea in 1907, brought an end to the ruling Korean Dynasty, and along with it, the warrior caste. From 1907 until the end of WW II in 1945, the practice of Korean martial art was discouraged as the invaders brought the Japanese arts of judo, kendo, aikido and karate to Korea. Shortly after the war, five martial art schools emerged in the newly liberated Korea: Moo Duk Kwan, Changmu Kwan, Sangmu Kwan, Jido Kwan and Chungu Kwan, each practising a unique Korean blend of Chinese (Kung Fu), Japanese (Karate) and native Korean (soo bakh) arts. The Moo Duk Kwan school was run by Grandmaster Hwang Kee, who escaped the Japanese invasion by fleeing to China. As an exile in China, he complemented his mastery of original soo bakh do by studying the Chinese martial arts (Kung Fu, Wushu etc.).

In 1964 the Korean government planned to unite all Korean styles under the name Tae Soo Do, but this failed. A year later (this time, successfully) the government united many Korean arts under the name Taekwondo. The Move was not universally well received, and Grandmaster Hwang along with the grandmasters of many other styles broke away. He renamed his school Moo Duk Kwan Tang Soo Do, which means “the way of the (Chinese) open hand”. 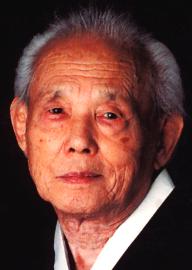